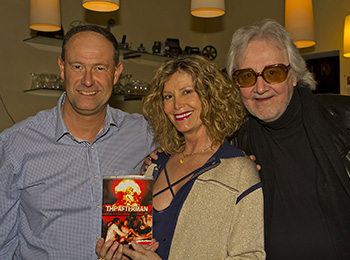 Zeno Pictures is a movie distribution company in Tongerlo, and releases films in the Benelux and worldwide, primarily on DVD and/or Blu-ray.

Discover our range of labels

We use a range of different labels for the movie distribution of our films. Quite often we offer exclusive limited editions of films on DVD and/or Blu-ray, in our web shop for example. Those editions include special interviews, extra features or the original motion picture soundtrack. Most of these releases are distributed in the Benelux by our Dutch distribution partner VSN.

The labels include the following:

As a cult label, Zeno Pictures buys film rights from directors, producers and sales companies from around the world, based on a thorough selection and screening. We are also present at markets, festivals and conventions in numerous countries. Furthermore, Zeno Pictures is acting as sales agent of Belgian and Dutch productions. In this way, high quality films from the Benelux can be enjoyed anywhere on the planet. This also works the other way around, as many good international cult films had (and have) never been released in the Benelux. Zeno Pictures has become the ultimate homegrown cult label!

In addition to television rights and the physical release of films on DVD and Blu-ray, Zeno Pictures is working with the latest channels and digital platforms (both sale and rental). Examples include Telenet, Proximus, Voo, Sooner, Fear Unlimited, Thrillflix and iTunes. We also work with various specialized partners. Zeno Pictures is always striving to introduce as many people as possible to a qualitative range of excellent films.
Interested in the films we offer or curious about our film distribution? Please take a look in our web shop! Also keep an eye on our website for the latest news and feel free to contact Zeno Pictures. Enjoy watching our films!

Stay tuned for more news. Also, please feel free to contact Zeno Pictures for more information about us and our films.