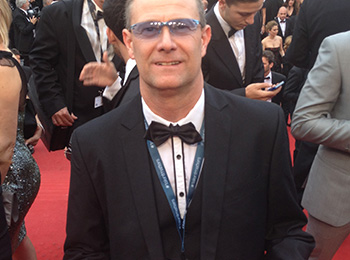 Curious about the people behind Zeno Pictures? Get to know our story and share our love for international films in Tongerlo!

Zeno Pictures was founded in 2006 by its CEO, Gino Van Hecke, in the Belgian city of Tongerlo: “Already as a child, I was a big movie fan. Later, I attended film school in Brussels and graduated as an editor in 1993. Just like director Quentin Tarantino, I started working in a video store, which I swapped after 7 years for a job at the biggest rental organization in Belgium. I attended the Cannes Film Festival for the first time in 2004, quickly followed by the American Film Market in Los Angeles, the European Film Market in Berlin and the Hong Kong Film Market. In 2006, I released my first film in the Benelux, The Tiger Blade, which led to me starting my own company, Zeno Pictures”.

Very recent I got my second Indywood Film Business Award as Buyer of the Year for the region of Benelux. Since then, Zeno Pictures has not only bought, released and distributed a lot of (almost-) forgotten cult films, but also other unique pictures and worldwide (cult) hits. Curious about our international films? A huge selection of films can be found in our web shop!
If you have any questions about us or our films, please feel free to contact Zeno Pictures in Tongerlo.